Should I be disturbed by this criticism?

It’s the most common thing people say when I submit first drafts. It plagues my rewrites through the process. Only after much editing can I seem to fully address the problem of:

Characters who are too forgiving. Who react in childish ways. Who talk in cliches. Who, basically, act too differently from living people.

It’s an odd criticism to deal with. Bad narrative I could understand. Poorly thought-out stories I could deal with more easily. But unreal characters? It’s damn hard for me to grasp how and why my characters come out so odd at first.

This criticism hits hard because it seems to say something about me. Do I not know people? Have I not been close to enough people? Am I basing my characters solely off TV, movies, and books?

Whatever the reason, it’s a clear reminder of why I need a Writing Club that meets in person. Not only so that the other members can let me know how badly I misunderstand my own characters, but so that I actually do meet real breathing people, aside from my wife and kids, on a regular basis.

It also reminds me that I do need to work against the stereotype of the shut-in writer who barely talks to people. I need to interact with people regularly and listen to others interact regularly so that I can give better voices to my characters.

I wonder if many writers struggle with this kind of thing. Do many writers have characters who seem totally unreal in the early drafts? I wouldn’t be too surprised if there answer were yes – it is hard to know real people, harder to create people who act like real people.

It’s a wake-up call, I suppose. Get outside, writers! Step away from the keyboard every now and then and meet people. Talk and listen – a lot! 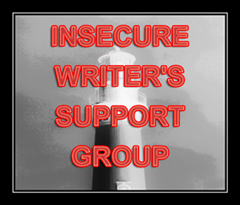 It’s hard to believe I’ve been running this site for over a year now. I have to admit – I don’t have a lot of posts to show for it!

What a fine balancing act – getting enough writing done, getting and giving feedback, and posting on a blog. All while I teach full time and then some!

From what I’ve read, most writers have the same issue – most author pages I see around the web do not have that many blog posts. I’m pretty sure most of those who do blog regularly must have already crossed the line I can’t reach yet – the point where writing has become most or all of their income.

I don’t have a lot to show, but I have certainly done a lot this year.

I’ve got what I think is a superior submission to Sixfold (take a moment to visit, they do good work). I’ve got work in progress that has passed through my writing club and that has come out better than anything I produced before. I’ve judged a writing contest, and I’m now helping out Holly Lisle with her new site, Readers Meet Writers (again, take a moment to visit and read what it’s all about).

What have you done this past year? Do you feel you have posted often enough to your own blog?