Time for H in my Sci-Fi themed A-to-Z Challenge! 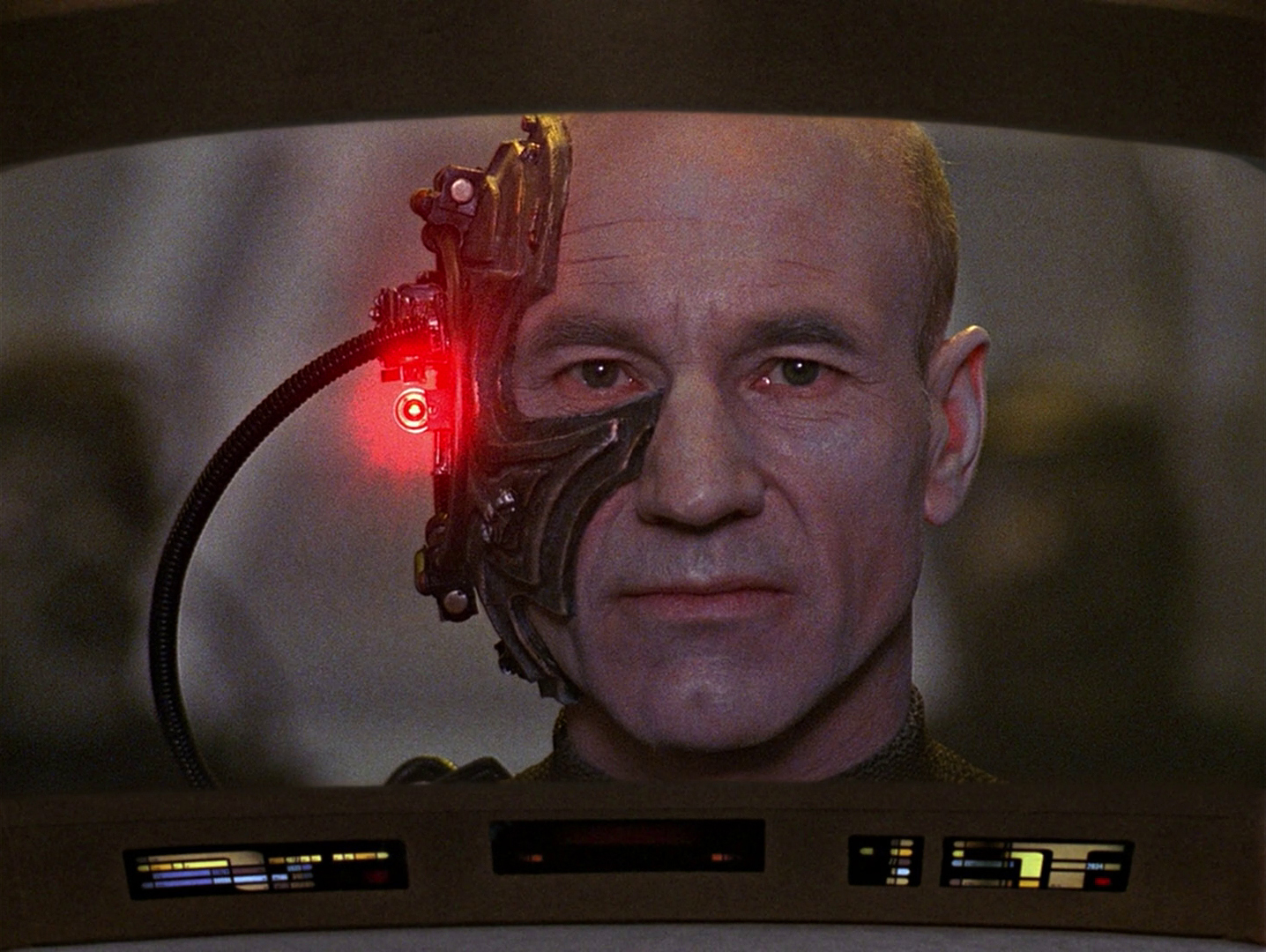 I am Locutus of Borg. Resistance is futile. Your life as it has been is over. From this time forward, you will service us.

Hive Minds are often used in science-fiction to present a threat to everything that makes us human.

Individuality, freedom of expression, spirituality – all of these things could be repressed if some controlling intelligence connected and controlled every mind at once.  This is why hive minds are usually portrayed as evil or undesirable – they could threaten our very humanity.

The idea of hive minds or group consciousnesses has been around in sci-fi for a long time, as far back as 1930 in Olaf Stapledon‘s Last and First Men. The idea is not always seen as a bad thing – a society that shares consciousness would have no need of war, and probably wouldn’t have famine, poverty, or disease either. Connecting all human minds could either be our ultimate peace or the ultimate dystopian nightmare, depending on which sci-fi author you ask!

In one study on rats, two rat brains were connected – one was in Brazil, and the other was in North Carolina. Signals from one rat’s mind were able to help the other rat solve problems, in real-time. Research has already given people the ability to control prosthetics with their minds, so there are definitely ways for machines to get usable information out of human minds. The main challenge, really, is ‘translation’ – for example, if I think of the word “mountain”, my mind will probably conjure a snow-topped peak in the BC Rockies. Your “mountain” could be Kilimanjaro, or a hill in the middle of a grassy field, or something that looks entirely different. A computer might not recognize these as the same idea, and thus would have trouble getting us on the same wavelength. However, it’s probably just a matter of time before such challenges are overcome.